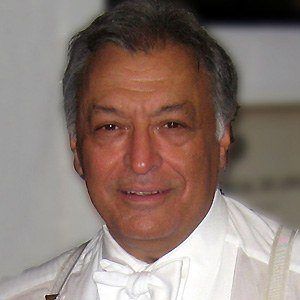 The Israel Philharmonic Orchestra's Music Director for Life. He was known for his mastery of western classical music. He collaborated on the production of the Puccini opera "Turandot" with Chinese film director Zhang Yimou in 1997 and 1998.

He was originally going to study medicine but opted instead to become a music student in Vienna.

He married Canadian soprano Carmen Lasky in 1958, and they divorced in 1964. He then married film and TV actress Nancy Kovack in 1969.

He and Ravi Shankar collaborated on a recording of Shankar's "Sitar Concerto No. 2" with the London Philharmonic Orchestra.

Zubin Mehta Is A Member Of