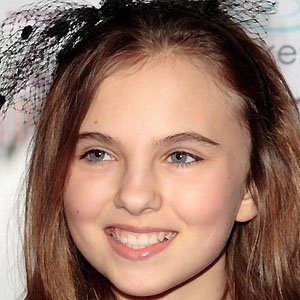 TV actress who received widespread recognition for her role as Molly Walker on NBC's Heroes. She is also known for appearing in the movie American Girl: Chrissa Stands Strong. In 2010 she announced that she was taking a hiatus from performing to focus on school.

She was previously the lead singer of indie rock band Smash It Up.

She has two dogs, Buffy and Curly.

She acted alongside Kristen Bell in Heroes.

Adair Tishler Is A Member Of