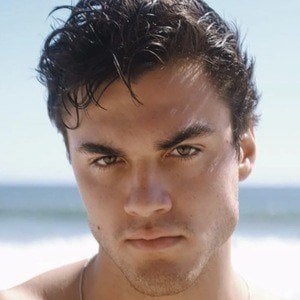 Web star who became popular alongside his twin brother Grayson Dolan on Vine and YouTube. His Vine channel accumulated more than 3 million followers and the twins' collaborative YouTube channel has amassed over 10 million subscribers. In 2018, he became known as part of the Sister Squad alongside his brother and others. He and Grayson announced they were leaving YouTube in early 2021.

He was a competitive wrestler who won a wrestling tournament at the famed Madison Square Garden. He started making videos for Vine on May 25, 2013.

He and his brother joined MTV's TRL in September 2017. They have won several Teen Choice Awards, including Choice Web Star: Male in 2016 and 2018. They also won Creator of the Year at the 2017 Streamy Awards. In 2020, the twins began co-hosting a podcast called Deeper With The Dolan Twins.

He was born about twenty minutes before Grayson. His sister Cameron initially showed him the Vine app. His mother's name is Lisa. In January 2019, he lost his father Sean to cancer. In October 2019, he began a relationship with fellow social media star Kristina Alice.

He and Grayson have made videos with numerous other social stars such as Kenny Holland, Amanda Cerny, Jack Dail, Jake Paul and many others.

Ethan Dolan Is A Member Of