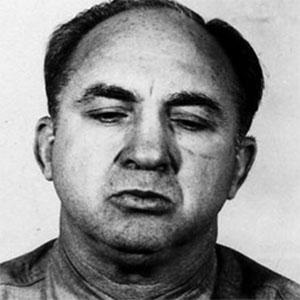 Gangster who rose from Prohibition-era enforcer to West Coast kingpin.

During the Prohibition he was the muscle for the Chicago Outfit, working alongside another future mafia boss, .

After a 4 year jail stint for tax evasion, he returned to his old ways, and was arrested again six years after his release.

He grew up the son of an Orthodox Jewish family that emigrated from Kiev, Ukraine.

He, along with Meyer Lansky and Bugsy Siegel was part of the Jewish Mafia.

Mickey Cohen Is A Member Of