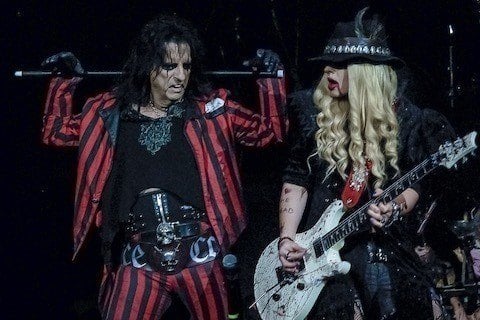 Hard rock project fronted by Alice Cooper (Vince Furnier) which broke through with the single "I'm Eighteen" and album Love It to Death.

The original band was inducted into the Rock and Roll Hall of Fame in 2011. The tour for their 1973 album Billion Dollar Babies broke box-office records set by the Rolling Stones.