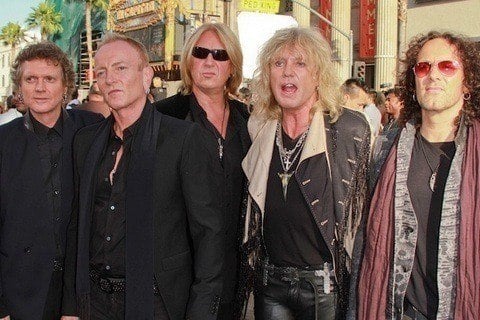 Their album Pyromania went diamond. It was ranked album number 384 on Rolling Stone's 500 Greatest Albums of All Time in 2003. Guitarist Steve Clark died of alcohol poisoning in 1991.

Drummer Rick Allen lost his arm in a car accident in December 1984 and had to drum one handed and with foot pedals from the on.