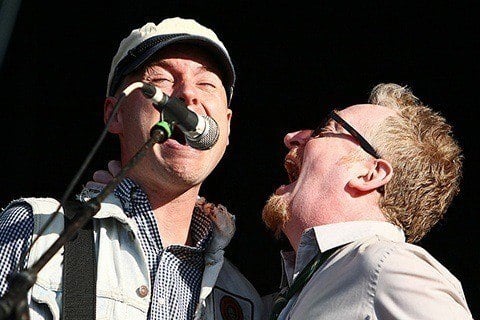 Seven-piece Celtic punk band with a certified gold album titled Drunken Lullabies as well as a 2008 album called Float which was no. four on the Billboard Top 200 Chart.

Their album Within a Mile of Home was dedicated to the memory of Johnny Cash and Joe Strummer.