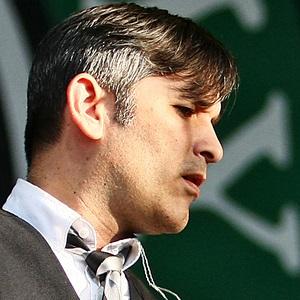 Musician and songwriter known for his work with Flogging Molly, a Los Angeles-based Celtic rock band. A multi-instrumentalist, he became known for performing on the banjo, mandolin, guitar, and bass.

Before joining Flogging Molly, he was a member of Nickel, which made an appearance on an episode of Buffy the Vampire Slayer.

He and his six younger siblings grew up in Los Angeles, California. He later became a father to two daughters.

He and vocalist Dave King both rose to fame as members of the Irish punk rock group Flogging Molly.

Bob Schmidt Is A Member Of