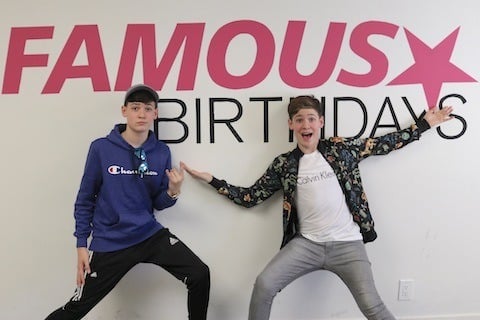 Talented singers whose TikTok account was a Shorty Award finalist for Muser of the Year. Their debut original single was called "One More Day In Love." They have over 6 million fans on TikTok.

They performed at a Los Angeles, California concert event called Rock Back To School in September of 2017.  They won a 2018 Radio Disney Music Awards for Favorite Social Music Artist. Their popular songs include "Trade Hearts" and "Shy Girl." In 2019, they competed on Celebrity X Factor UK, and also appeared at Slimefest 2019.