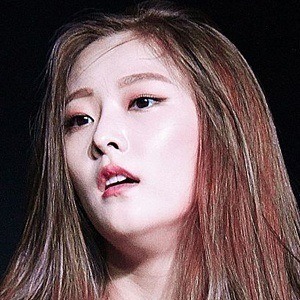 Pop singer who rose to fame as a member of the South Korean girl group Pristin. They made their debut with the EP Hi! Pristin.

She and Pristin were formerly known as Pledis Girlz and formed by Pledis Entertainment in 2016.

She and Pristin are known for the singles "We" and "Wee Woo."

She was born Jung Eun-woo, but is known as Eunwoo.

She and Lizzy both became members of K-pop girl groups.

Jung Eun-woo Is A Member Of