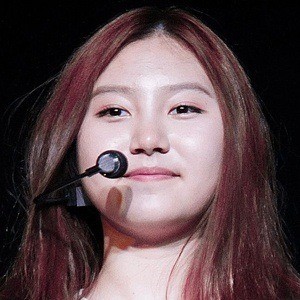 Korean pop singer best known as a member of the all-girl group Pristin. They made their debut with the EP Hi! Pristin, featuring the hit "Wee Woo."

She and the band members originally formed as Pledis Girlz under Pledis Entertainment in March 2016.

She made a guest appearance on the reality TV show Girl Spirit.

She hails from Hangul, Korea.

She and Jung Eun-woo have both been members of Pristin.

Bae Sungyeon Is A Member Of