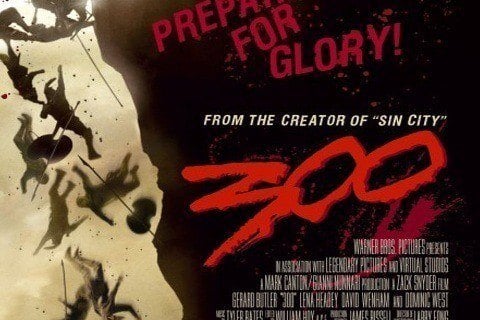 The small Spartan army battles against the massive forces of the Persian army at Thermopylae in 480 B.C. The film is based off the 1998 comic series, 300, created by Frank Miller and Lynn Varley.

The movie won the Saturn Award for Best Action or Adventure Film. The movie is Michael Fassbender's film debut.