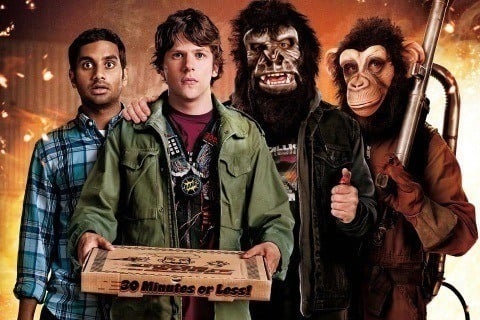 Nick, a pizza delivery guy, gets surprised when he drops off a pizza and then is strapped to a bomb and forced to rob a bank. With the help of his friend Chet, Nick has to rob a bank before the criminals get angry.

Ben Stiller produced the film. The film is based off a true story that happened to Brian Douglass Wells in 2003.