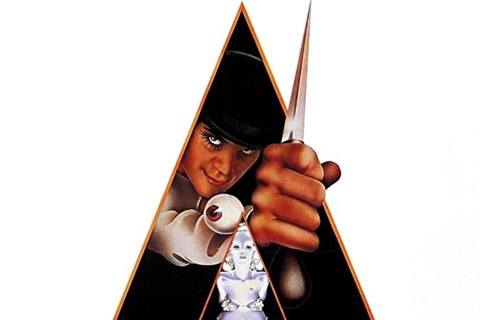 Stanley Kubrick picture in which an imprisoned sadistic gang leader volunteers for a conduct-aversion experiment which does not go as planned. It is set in a dystopian near-future and is notable for its violent imagery.

The movie was based on Anthony Burgess' novel of the same name. It was nominated for four Academy Awards and three Golden Globe Awards.