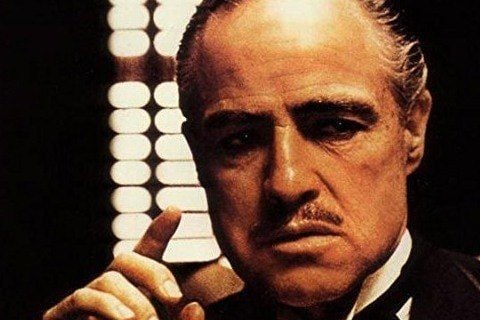 Francis Ford Coppola film about the ailing boss of a mafia family hands over control of his criminal empire to his hesitant son. The film is the first installment in the Godfather franchise.

Actor Marlon Brando won the Academy Award for Best Actor in a Leading Role in his role of Don Corleone. To make his character look like a bulldog, Marlon Brando wore a mouthpiece created by a dentist for the film.