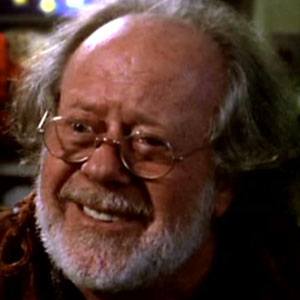 Actor who played major roles in dark '70s films, including The Wicker Man and A Clockwork Orange. He played Duncan in season three of Babylon 5.

His first credited acting role was as Rushkin on the TV series, Ivanhoe, in 1958.

He played the the dim Golgafrinchan captain who was forever taking a bath in the BBC production of The Hitchhiker's Guide to the Galaxy.

His grandparents escaped the Russian pogroms and arrived in London around 1890.

He played the youth worker P.R. Deltoid in the cult classic A Clockwork Orange, directed by Stanley Kubrick.

Aubrey Morris Is A Member Of

My Girl 2
A Clockwork Orange
Born In 1926
Movie Actors