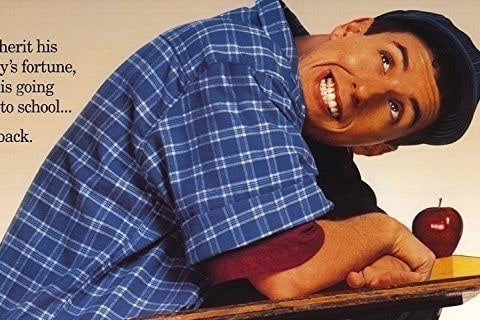 Written by and starring Adam Sandler, the film follows Billy Madison who wants to inherit his father's hotel empire, but first he must repeat grades 1-12 with passing grades.

Adam Sandler and many of the other actors on set improvised some their lines for the film. Though Adam Sandler says Billy Madison is a close version of himself, Sandler completed schooling and went to NYU.