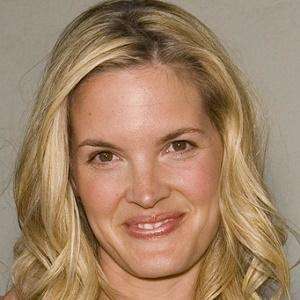 American model, actress and former Miss Teen USA winner who starred in a string of successful films in the 1990s, including Mortal Kombat and Billy Madison.

She became the second Miss Teen Oregon competitor to win the Miss Teen USA title in 1990.

She briefly had a career as a singer, releasing two albums: I Only Wanna Be with You and Gimme a Kiss.

She married Pete Sampras in 2000. The couple had two children.

She appears alongside Adam Sandler in the 1995 comedy Billy Madison.

Mortal Kombat
I Know What You Did Last Summer
Billy Madison