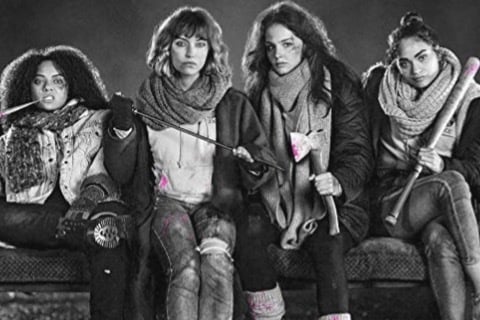 Second loose remake of the 1974 film of the same name in which a group of sorority sisters become the target of an unknown stalker. The slasher film was produced by Jason Blum and Blumhouse Productions.

Director Sophia Takal co-wrote the film with April Wolfe. It was distributed by Universal Pictures and released on a Friday the 13th.