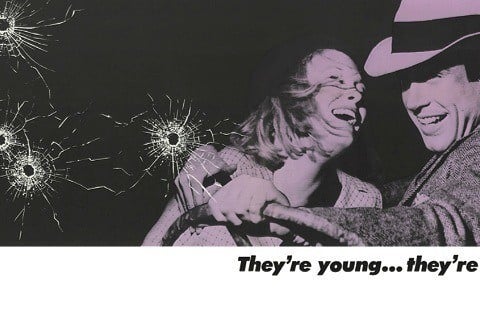 A couple of lovers and crooks spiral out of hand in a crime spree they can't keep up with. The film is based upon the real life couple of the same names.

The film was produced by star Warren Beatty. It was nominated for a total of ten Academy Awards, winning Best Supporting Actress and Best Cinematography.