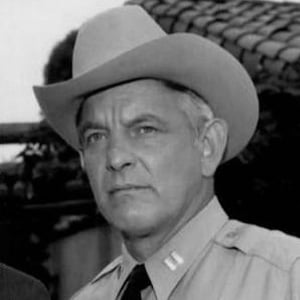 Veteran television actor best remembered as Uncle Jesse on The Dukes of Hazzard and for his stint on The Andy Griffith Show.

He dropped out of Colorado State University to pursue a career in acting and also enlisted as a Merchant Marine in WWII.

He also had recurring television roles on Gunsmoke, Bonanza, and The Life and Times of Grizzly Adams.

He had two sons with first wife, Marilee Carpenter and was married to Tippie Johnston from 1983 until his death.

He played Briscoe Darling on six episodes of The Andy Griffith Show.

Denver Pyle Is A Member Of