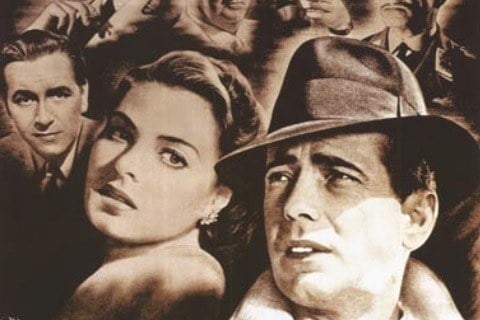 Iconic film consistently ranked near the top of lists of the greatest films in history thanks to what is often called the best screenplay ever written. Humphrey Bogart stars as an American expatriate who must decide between his ex-lover and helping her and her fugitive husband escape French Morocco.

The screenplay was written by Julius J. Epstein, Philip G. Epstein and Howard Koch. The movie is directed by Michael Curtiz and it is based on Murray Burnett and Joan Alison's unproduced stage play Everybody Comes to Rick's. It won the Academy Awards for Best Picture, Best Director and Best Adapted Screenplay.