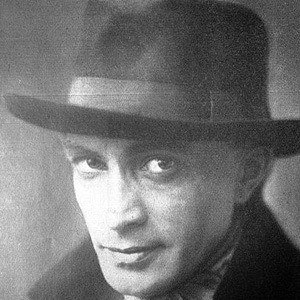 Prominent German actor who appeared in over 100 films and played Major Heinrich Strasser in Casablanca. He also appeared in the 1940 film, The Thief of Bagdad.

He was drafted into the German military during World War I.

He starred in two of the most well-known silent films - The Cabinet of Dr. Caligari and The Man Who Laughs.

He and his third wife, Illona Prager, a Jewish woman, moved to Great Britain when the Nazi regime came to power in Germany.

His film, The Man Who Laughs, was based on the novel of the same name by Victor Hugo.

Conrad Veidt Is A Member Of