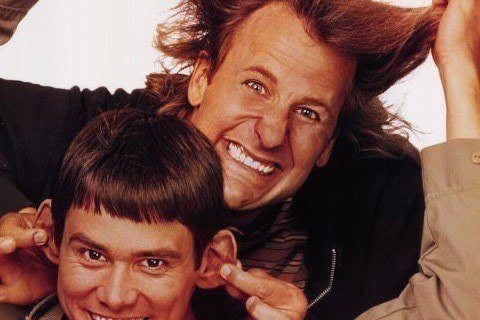 Two dumb friends go on a road trip to return a briefcase to a beautiful woman. The success of the film led to a 2003 prequel film, a 2014 sequel and an animated TV series that aired from 1995 to 1996.

Several of the lines in the film were improvised. Jim Carrey has a chipped tooth in real life and took the cap off for the film.