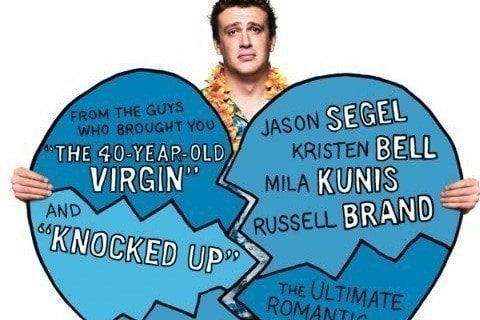 A heartbroken music composer travels to Hawaii to get away only to find out that he is staying in the same resort as his ex-girlfriend and her new boyfriend. The movie spawned a spin-off/follow-up called Get Him to the Greek with Russell Brand reprising his role.

The Judd Apatow-produced film was directed by Nicholas Stoller and written by Jason Segel who also starred in the film.