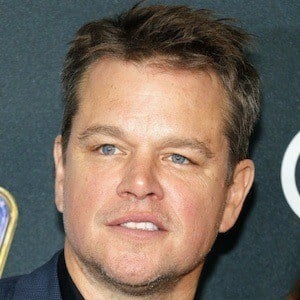 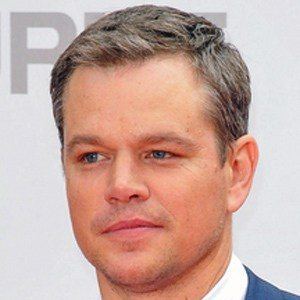 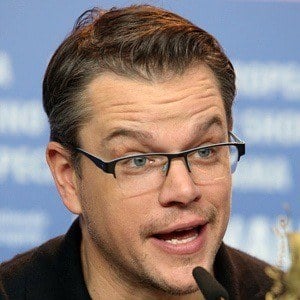 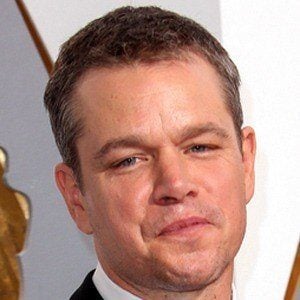 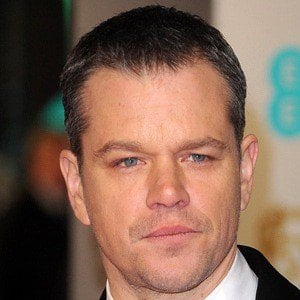 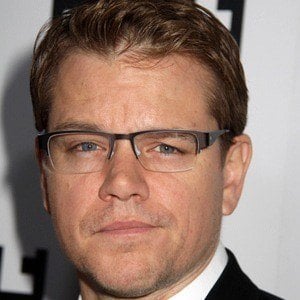 Oscar-winning actor who first became known for his numerous collaborations with friend and co-writer Ben Affleck. His most famous films include Good Will Hunting, The Jason Bourne series, the Ocean's trilogy, and The Martian.

Growing up with Ben Affleck helped shape his dream of becoming an actor. He dropped out of Harvard University, where he was majoring in English, to pursue a career in acting.

His father Kent worked as a stockbroker and his mother Nancy worked as a professor for early childhood education. He dated actress Winona Ryder from 1997 to 2000. He married Luciana Barroso in 2005 and he has four daughters named Alexia, Stella, Gia and Isabella.

He co-starred with Leonardo DiCaprio in the 2006 thriller The Departed.

Ocean's Eleven
The Martian
We Bought a Zoo
More