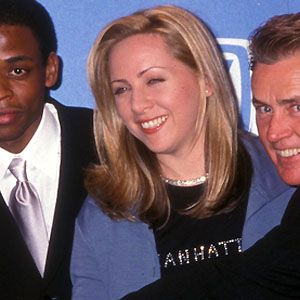 Actress, television writer, and member of the famous Estevez acting family. She played the role of Betty in the 1989 cult classic, Heathers, and also had a recurring role on NBC's The West Wing.

She first appeared on television in a CBS program called "Babies Having Babies."

The only daughter of film actor Martin Sheen and visual artist Janet Templeton, she grew up in New York City. She married Jason Thomas Federico, a chef, in 1997.

Her brothers, Charlie Sheen and Ramon and Emilio Estevez, all had successful careers as actors.

Renee Estevez Is A Member Of