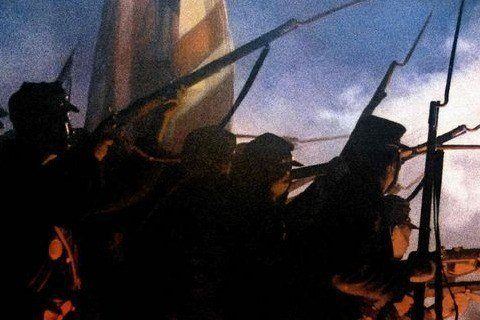 The film follows the first military unit consisting entirely of African-American men (except for the officer Robert Gould Shaw) and the fight against prejudices from the Confederate and Union armies.

Morgan Freeman performed all his stunts in the movie. Denzel Washington won the Academy Award for Best Actor in a Supporting Role for his role as Pvt. Trip.