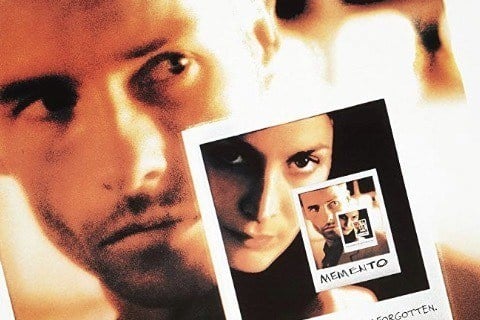 Breakout film in the directorial career on Christopher Nolan about a man with short-term memory loss who tries to piece the puzzle together of who killed his wife. The movie is based on a pitch by Nolan's brother Jonathan Nolan, which later turned into a story called "Memento Mori."

The film is presented in two different sequences that are interspersed: a black-and-white sequence that is chronological and a color one that is presented in reverse order. It earned Oscar nominations for Best Original Screenplay and Best Film Editing.