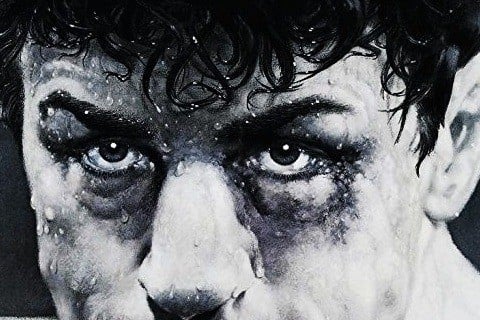 The film follows a middleweight boxer who begins to rise to the top and has the chance to potentially win the middleweight crown. However, his life outside the ring starts to crumble.

The film is based on Jake LaMotta's memoir Raging Bull: My Story. Robert De Niro won the Oscar for Best Actor in a Leading Role.