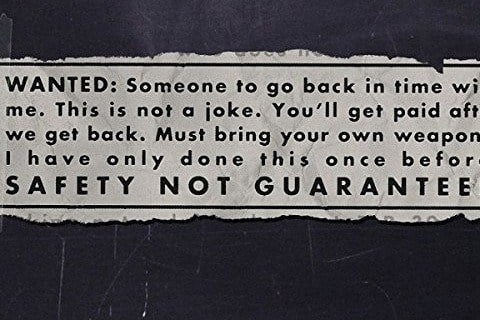 A magazine intern finds an interesting ad from a man who is looking for someone to time travel with him. The movie premiered at the 2012 Sundance Film Festival.

The film was shot in one month. Lead singer of the band The Lumineers, Wesley Schultz, makes a cameo in the film.