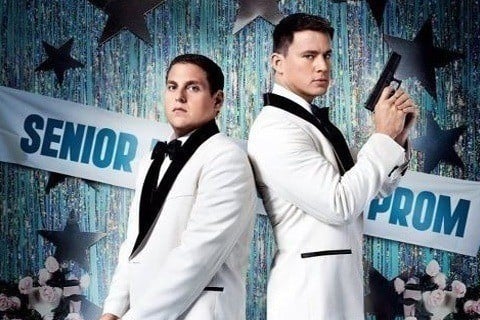 A pair of adult cops go back to high school in order to uncover a local drug ring. It was followed by a 2014 sequel titled 22 Jump Street.

The film is an adaptation of the 1987 TV series of the same name. Johnny Depp and Peter Deluise, who star on the TV series, both appear in cameos in the film.