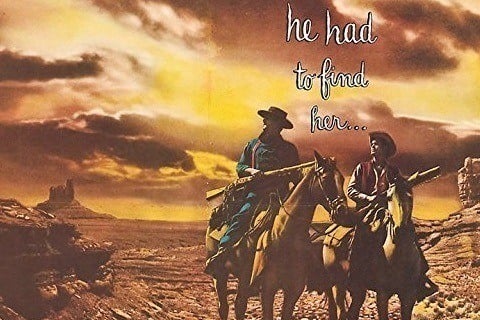 John Ford directed film about a Civil War veteran who tries to rescue his niece from a tribe of Native Americans. The film is based on Alan Le May's 1954 novel.

The movie was filmed in Arizona, Utah, Colorado, and California.  Patrick Wayne won the Golden Globe Award for Most Promising Newcomer - Male.