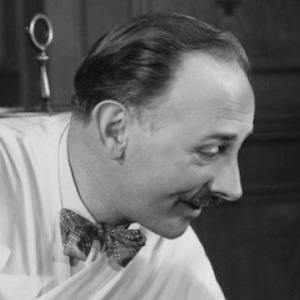 Canadian-born actor who became a popular character actor, playing Norwegians, Swedes and other Scandinavians in 1930's films. After appearing in John Ford's 1931 film, Arrowsmith, he joined the director's stock company, appearing in major supporting roles in the Searchers and The Man Who Shot Liberty Valance.

He won a scholarship to Northwestern University, which in turn led him to Broadway, where he made his breakthrough role as a Swedish janitor.

He played Muley in the 1940 film adaptation of The Grapes of Wrath.

He was born Johan Kvalen in Vancouver, British Columbia. His father was a Norwegian immigrant who changed the family name to Qualen.

He adopted a Midwestern accent in Howard Hawks' comedy film, His Girl Friday.

John Qualen Is A Member Of