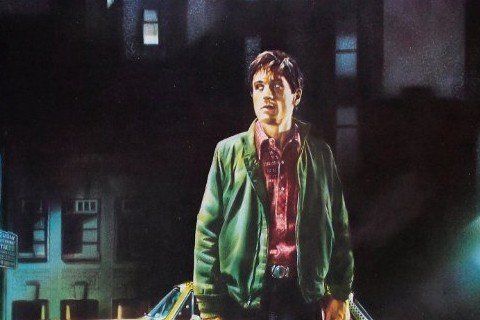 Travis Bickle is an insomniac and loner and as he drives his cab in the middle of the night in New York City, he develops a plan to assassinate the presidential candidate and save a young prostitute.

Robert De Niro drove cabs prior to the film in order to prepare for his role. The film was nominated for four Academy Awards including Best Picture.