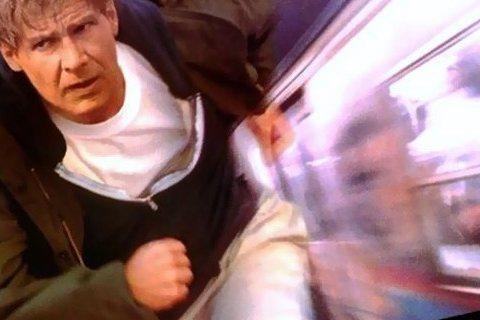 A man accused of murdering his wife must track down the real killer while the central focus of a nationwide manhunt lead by a US Marshall. Tommy Lee Jones won an Oscar for Best Supporting Actor and the film earned 6 other nominations.

It was the 3rd-highest grossing film of 1993 and led to a 1998 spin-off film called U.S. Marshals in which Jones would reprise his role as Deputy U.S. Marshal Samuel Gerard.