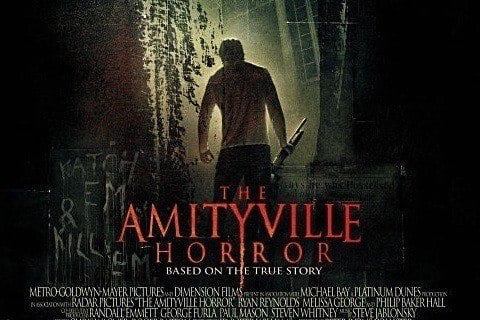 The ninth installment of the Amityville franchise finds a newlywed couple who move into a house where a mass murder took place one year prior. The film is based off of Jay Anson's novel of the same name.

The film is based on Ronald Defeo Jr., who murdered six members of his family in 1974. The film is Chloe Grace Moretz's film debut.