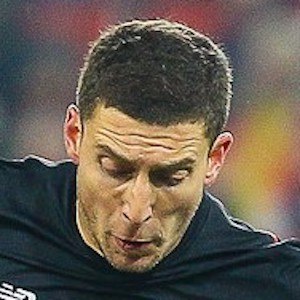 Midfielder and full back best known for his time playing with Athletic Bilbao. He made over 350 official appearances with the club.

He made his professional debut with Deportivo Alavés.

He was born Óscar de Marcos Arana in Laguardia, Spain.

Once Andoni Iraola departed, he became the regular right-back for Athletic Bilbao.

Óscar de Marcos Is A Member Of