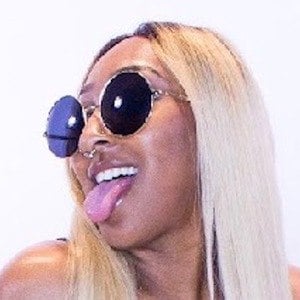 YouTube vlogger and rapper out of the San Francisco Bay area, she has amassed fans through her local performances and social media accounts. She creates life advice vlogs, music videos, and more for her YouTube account. Her first, self-titled EP was released in August 2015.

She attended Berkley High School when she decided to start her YouTube channel. She would post comedic videos of herself dancing with friends. She wanted to become an actress but over the course of her video-making she decided that music was more her style.

She has hosted a vlog series called A #GetItIndy Life, which entered its fourth season in 2015.

Her full name is India Haynes. She grew up in Vallejo, California. She has a brother.

She and Lil B are both prominent rappers from the Bay Area.

#GetItIndy Is A Member Of