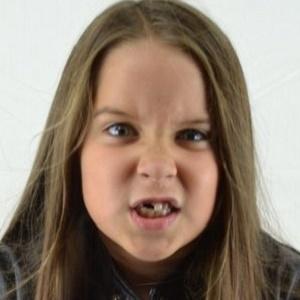 Famous as the heavy metal singer for the band Murp who appeared on the 8th season of America's Got Talent alongside her older brother Izzy as a singing and drumming duo. Away from AGT, the band includes guitarists and bassists.

She was three years old when she wanted to participate in basement jams with Izzy and their father Jason, a guitarist in Murp.

She and Murp uploaded more than 50 songs to their YouTube channel, with their single "Zombie Skin" being their most popular.

She, Izzy and their father Jason are from the New England area.

Kenichi Ebina was the winner of the season of AGT that Aralyn competed on.

Aaralyn O'Neil Is A Member Of