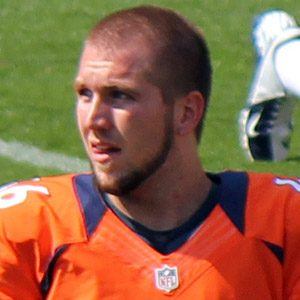 Long-snapper who debuted in the NFL for the Denver Broncos in 2012, signing as an undrafted free agent.

He was the lowest-rated NFL player in the video game Madden 25, earning a 39 rating.

He was raised with two brothers, Nathan and Vincent.

He arrived in Denver a year after quarterback Tim Tebow was traded to the New York Jets.

Aaron Brewer Is A Member Of