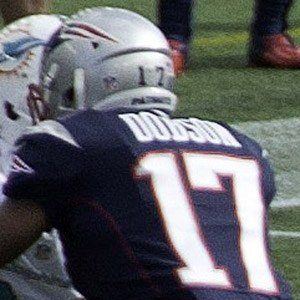 NFL receiver drafted in the second round by the New England Patriots who compiled over 500 yards along with 4 touchdowns during his rookie 2013 season.

He played both sides of the ball at South Charleston High School scoring 32 touchdowns and recording 10 interceptions.

He earned an ESPN Top 10 Play of the Year honor by scoring a one-handed touchdown catch for Marshall University in 2011.

He caught his first career touchdown from Tom Brady against the New York Jets in his second career game.

Aaron Dobson Is A Member Of