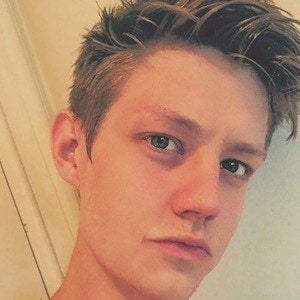 Social media star who first became known for his over-the-top outbursts on Vine, where he earned more than 1 million followers. He later found success on TikTok where he has amassed over 7 million fans to his aarondoh account. In August 2018, he released his first album called Love Lies.

He posted his first video to Vine, captioned "Don't drink and drive kids," in May of 2013.

He earned over 1 million views for an April 2020 TikTok comedy video captioned "5 year old arguments." He has a popular YouTube channel where he posts vlogs, comedy videos, pranks and more.

He has a younger sister whom he has featured in a few Vine creations. He has a total of seven siblings. In 2016, he was engaged to Kaitlyn Mackenzie, but the couple called the marriage off. In 2018, he dated Tori D'Onofrio. He also dated Doni Tosh.

He remade Jerome Jarre's Vines "How to be awkward" and "Why is she chasing me?"

Aaron Doh Is A Member Of