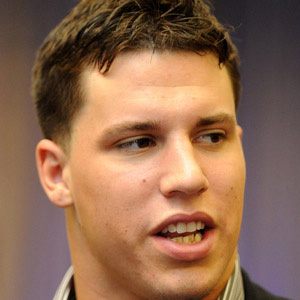 Dominant NFL linebacker who was named Defensive Rookie of the Year in 2009 with the Houston Texans. He had one of his best seasons in 2011, being named to the All-Pro team and earning the Houston Texans' Team MVP honor.

He played for the University of Southern California, earning All-Pac-10 honors in 2008.

He has two siblings, Michael and Michelle Cushing. He married Megan Cushing and he has two sons.

He became Andre Johnson's teammate in 2009.

Brian Cushing Is A Member Of