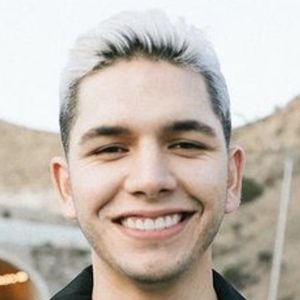 Lead vocalist for the Mexican quintet Alta Consigna that released a couple of 2016 albums called Así Nací and Culpable Tú.

He co-founded the band with childhood friends in 2014.

The first songs recorded by his band were done using only mobile phones and their own instruments.

He is from Tijuana, Mexico. He has a younger brother named Esaul. In March 2020, he began a relationship with Julissa Llanos.

Crecer Germán previously performed with him as part of Alta Consigna before Crecer embarked on a solo career.

Aarón Gil Is A Member Of