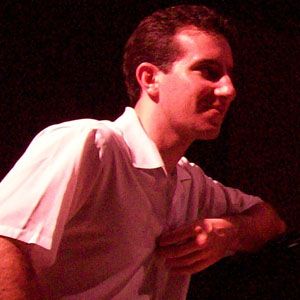 Jazz artist whose first album as leader was titled Turning Point. It was released in 1999.

He attended the New School for Jazz and Contemporary Music and Harvard University.

He recorded the album Worlds from which a track was featured on Windows Vista in the Sample Music folder.

His family was residing in Boston, Massachusetts, when he was born. They recognized his talent early on, and he started piano studies when he was seven.

He was influenced by Dave Brubeck.

Aaron Goldberg Is A Member Of