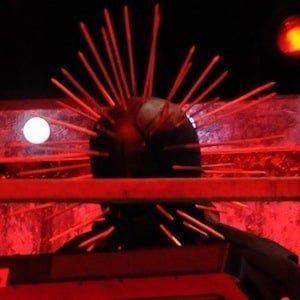 He played keyboards in various local metal bands in Iowa, including Modifidious.

He once suffered whiplash after a furious headbanging session. He became known for rarely showing his face in public, usually appearing with a mask or with his face pixelated.

He was married to Evangeline Marie Jones from 1998 until 2003. He is married to Mary Taylor.

He allowed his face to be seen at a press conference commemorating bandmate Paul Gray's passing.

Craig Jones Is A Member Of