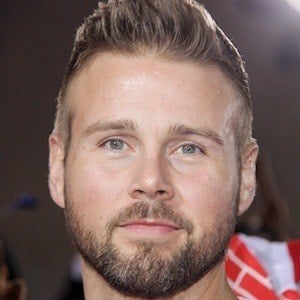 Actor who rose to widespread fame for his role as Beaver on the ABC Family TV series Greek. He has also earned popularity for his roles on the TV series Baskets as Sebastian, and ABC Family's Twisted as Eddie Garrett.

He earned his first acting credit in 2001 for his work on one episode of The Brothers Garcia. He would go on to first appear in Greek in 2007.

He appeared alongside Seth Rogen in the 2015 comedy film The Night Before as Tommy Owens. He has guest starred on CSI: New York, Glee, How I Met Your Mother, and Mad men.

He and his wife Chelsea share one daughter named Scarlett.

Aaron Hill Is A Member Of