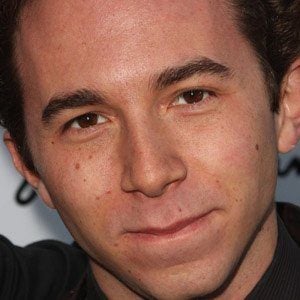 American film actor and aspiring director who played roles in 2002's Austin Powers in Goldmember and the television series Joan of Arcadia. His roles in High Fidelity, House, and North Shore bolstered his fame.

He earned his first acting role at 14 on the series Cupid.

He has directed two short films, 2011'a The Napkin and the 2005 award-winning film, Sugar Mountain.

He had a relationship withLeighton Meester.

He acted alongside Joe Mantegna in the CBS drama, Joan of Arcadia.

Aaron Himelstein Is A Member Of