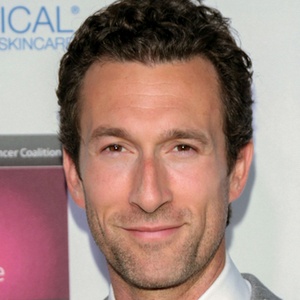 Actor and singer who was nominated for a Drama Desk Award for his performance in the 2006 Broadway revival of Les Misérables. His other Broadway credits include productions of A Tale of Two Cities, A Little Night Music, and Impressionism.

He studied music at Duke University and subsequently received a Master of Fine Arts degree in musical theater from the University of Cincinnati College-Conservatory of Music.

Before becoming an actor, he considered a career in medicine and even completed the MCAT examination and several medical school prerequisite classes.

He starred alongside Catherine Zeta Jones in A Little Night Music on Broadway.

Aaron Lazar Is A Member Of